Clinical trials typically are conducted through a sequence of phases, each successive stage building upon the last. Each of these phases is designed to address a specific set of questions and having knowledge of each phase is essential in understanding what is currently known about an experimental therapy. There are benefits and drawbacks associated with moving a treatment into each specific phase.

The clinical trial is only conducted when researchers have reason to believe that a new treatment or test could significantly improve patient care. Before these trials are carried out, the treatment or test is first evaluated in preclinical research.

Preclinical Trials: Before Testing in Humans

After this preclinical research, a series of clinical trials are then conducted. These trials assess whether the test or treatment is safe and effective in human patients. These clinical trials are conducted in five phases, which will be explained below using the example of an experimental drug.

Phase 0 trials mark the first clinical trials done in humans. The goal of this phase is to learn a drug is processed by the body and what effects it can have. These trials recruit about 10-15 people who are given a minuscule dose of the drug. The purpose of this phase is to facilitate the drug approval process. Researchers can assess several factors in this stage, like whether the drug reaches the target site, how cells respond to the drug, and how the patient tolerates the dose.

What sets phase 0 trials apart from the latter phases is that it is very unlikely that the participant will see any benefit. These low dosages administered during this phase allow the researchers to evaluate the drug’s effectiveness while minimizing risk in the patients. This step allows scientists to recognize flaws in essential steps like drug absorption early, rather than having to address this years down the road in later phase trials.

Phase 0 studies are not always used, being that they would not be helpful for some drugs. This stage is not required for the testing of a new treatment.

Trials in phase I aim to identify which doses of a drug yield the least side effects. The drug is tested in groups of 15-30 patients in this stage, with doctors giving them the drug in various doses. The first few patients are given a very low dose and if they show negligible side effects, the next participants receive a higher dosage. This is repeated until the researchers find the quantity of the drug that is likely to be effective while producing an acceptable amount of side effects.

These trials do not use placebos and are typically considered to have the most potential risk. Though patients may see some benefits from the drug in phase I, the primary goal of this stage is to test the drug’s safety in humans. If the drug is found to be safe, it is then tested in a phase II clinical trial.

The phase III trials aim to compare a new drug to the standard-of-care drug, or the current drug used to treat a condition. These experiments compare the side effects and efficacies of each drug to determine which is best for the patient. Phase III trials typically involve several hundred patients.

These trials are often randomized, meaning that the participants are randomly assigned to receive either the experimental drug or the standard-of-care drug. This randomization is important in ensuring that the participants are alike in each group, therefore any differences in outcomes can be attributed to the treatments, not the group composition.

Phase III trials are typically conducted in various locations throughout a country or even internationally. These studies are also longer than phase I and II trials in duration. Placebos can be used in phase III trials, but they are never used alone if there is also a standard-of-care treatment available for the patients. These trials are terminated if the side effects of the experimental drug are becoming too severe or if one group is performing significantly better than the other. The phase III clinical trial is often required for the FDA to approve the use of a new drug.

When an experimental drug outperforms the standard-of-care in a phase III trial, an NDA is submitted to the FDA for approval in the U.S. The FDA reviews the results from the trials and decides whether the drug is worthy of approval for use in patients. If approved, this new treatment often becomes the new standard-of-care. The FDA can also deem that further research is needed to show that the drug’s benefits outweigh its risks and request that more studies be conducted.

These trials aim to test new drugs that the FDA has approved. The drug is evaluated in hundreds or thousands of patients, allowing for more information regarding short-term and long-term side effects to be obtained. These trials may uncover rare side effects that are only seen in large groups of people. Physicians are also able to learn from phase IV trials by seeing how a drug works in concert with other medications. These trials can look at other aspects of the drug as well, such as cost-effectiveness and its effect on quality of life. 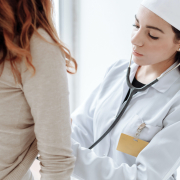 Clinical Trials: 5 Things You Should Know