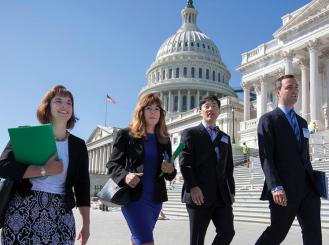 Clinical trial routine care costs (including X-Rays, lab work, doctor visits and more) are not covered for people who are insured by Medicaid, leading to certain groups being underrepresented in clinical trials. However, the Clinical Treatment Act (H.R. 913) is trying to change that.

“The Treatment Act is really about ensuring accessibility for Medicaid patients for participation,” Dr. Melissa Dillmon, the Chair of the Association for Clinical Oncology’s (ASCO) Government Relations Committee said.

ASCO is one of more than 100 organizations that urged Congress this week to include the act in the upcoming “must pass” health care extenders package that is expected to be passed on May 22, 2020.

“It’s important when we look at clinical trials – especially in cancer – that we have racial and socioeconomic diversity so that it can be used in the real-world setting,” Dillmon said.

Representative Ben Ray Luján (D-NM) and Representative Gus Bilirakis (R-FL) introduced the act, which currently has 28 cosponsors representing both parties. Additionally, organizations such as the American Medical Association and the American Cancer Society Cancer Action Network have also voiced their support for the bill.

While some may be apprehensive to support H.R. 913 because they think it could increase costs, Dillmon said that is not true.

“One of the concerns is the financial part, and I hope we’re able to dispel that myth,” Dillmon added, noting that some states in the U.S. already have Medicaid coverage for clinical trial care costs, and there have been no reported increased costs there. And since the pharmaceutical company usually pays for the drug being tested, costs could even go down.

“Logically, one may think costs of care may go down. If the patient is on a clinical trial, there is no bill to Medicaid for the drug, and that’s often one of the most expensive parts of treatment,” Dillmon said.

Clinical trials are crucial to moving the field of cancer – and other serious illnesses – forward. The more patient populations they can include, the better outcomes can be for more Americans.

“Oncology has seen unprecedented successes right now in our treatment for cancer. We’ve had the single biggest improvement in the reduction in mortality. Our goal as physicians is to continue that fight and have even more survivors,” Dillmon concluded.