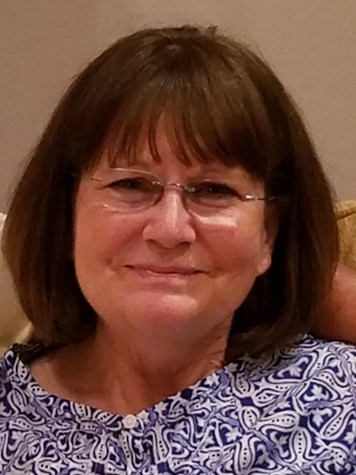 PINEHURST—A routine physical in 2015 revealed lung cancer in non-smoker Terri Cook. A surgeon removed her upper right lobe and scans every six months for two years revealed no more cancer. Then in November 2017, the only time she went to a scan without her husband, the doctor reported “one, maybe two” concerning lesions on her lower right lobe. Cook held it together in front of her physician, but that brave face didn’t last when she told her husband.

Since Cook had a previous lobectomy, a second surgery was not an ideal situation, so her doctor offered two options: radiation or microwave ablation, the latter offered through a clinical trial to determine efficacy of a new type of lung cancer treatment. “When I heard ‘clinical trial’ I immediately thought ‘guinea pig,’” she said.

Her physician explained that colleague Michael Pritchett, D.O, MPH, pulmonary specialist at Pinehurst Medical Clinic and director of the Chest Center of the Carolinas, had just returned from the United Kingdom where he assisted with a bronchoscopy with microwave ablation, a procedure in which a flexible probe is inserted through the mouth, routed directly to the cancerous lesion and “zapped” with microwave energy. Dr. Pritchett had been selected as one of the few providers in the United States to offer this procedure through a clinical trial.

“My physician and I had developed a good rapport over the years, and he said if it were his wife, he would recommend the clinical trial,” said Cook. She and her husband acted on his recommendation and Dr. Pritchett performed the procedure on June 29, 2018.

Cook made national history that day in June, explaining, “I was the very first person in the United States to receive this procedure. Everyone was so excited and there were lots of people in the room watching.” She reported minimal discomfort after the procedure and after an overnight stay in the hospital, she recovered quickly at home.

The second of the concerning lesions initially reported also turned out to be cancerous, so Dr. Pritchett made a special request for Cook to be not only the first American to receive the procedure, but also the ninth. He was granted the second procedure for her and completed it on March 15, 2019. The United States received 20 slots for the clinical trial, and Cook was a good candidate to have it twice. The Mayo Clinic is the only other site for this trial.

“I feel wonderful now!” said the 64-year-old grandmother of two with a third on the way. “I can breathe!”

Cook is now almost a year and half out from her initial ablation, and the follow-up CT scans show no evidence of cancer.

Cook reported that everyone she worked with, including Dr. Pritchett and the entire staff at Reid Heart Center, was wonderful. “I felt truly cared for,” she said.

A substitute teacher from Sanford, Cook reflected on her participation in this clinical trial and reported, “I think it’s amazing what can be done now — and right in Pinehurst! Every time I teach in Pittsboro, my colleagues assume my medical care was in Chapel Hill. When I told them Pinehurst, they said, ‘really?’ and I replied, “Yes, really!”

Patients and their families seeking more information about clinical trials at FirstHealth of the Carolinas can visit https://www.firsthealth.org/reference/clinical-trials or talk with the patient’s physician.  Find cancer clinical trials in your community by visiting https://southeastclinicaloncology.org/clinical-trials/

Getting Cancer Clinical Trials in the Community