From Let’s Win! Pancreatic Cancer
August 6, 2021
It’s no secret there is a troubling lack of diversity among cancer clinical trial participants.

Pancreatic cancer trials are no exception. A recent study selected for presentation at the annual Digestive Disease Week 2021 conference clearly shows the magnitude of the problem.

Researchers analyzed data from 8,429 participants in 207 clinical trials in the U.S. for treatments for pancreatic ductal adenocarcinoma on ClinicalTrials.gov, the national registry of clinical trial data. Gender was reported in 99 percent of the trials, while race and ethnicity were reported in 49.3 percent and 34.7 percent of trials respectively. In all, 54.8 percent of trial participants were male, and 45.2 percent were female.

According to the data, minorities were substantially underrepresented:

“We knew there was an issue and we knew there were going to be disparities, but when we looked at the numbers we were a little shocked. Anyone who isn’t White is underrepresented in these trials,” says lead investigator Kelly Herremans, M.D., a general surgery resident and surgical oncology research fellow at the University of Florida, Gainesville, who presented the abstract “Trials and tribulations: Diversity and inclusion in pancreatic ductal adenocarcinoma clinical trials.”

The hypothesis for the study stemmed from what was being seen in the clinic. “As a surgical oncologist who concentrates his academic and clinical practice on pancreatic cancer, I was seeing mostly White people coming in the door while pancreatic cancer disproportionately affects Black Americans,” explains surgical oncologist Jose Trevino, M.D., Chair of the Division of Surgical Oncology at the VCU School of Medicine and Surgeon-in-Chief at VCU Massey Cancer Center, Virginia Commonwealth University, Richmond.

Trevino admits this contradictory scenario spurred a lot of questions. “I started asking myself if this was a result of socioeconomics, lack of transportation, or that minorities don’t always trust the healthcare system,” he notes. Trevino’s research focuses on pancreatic cancer biology, tumor microenvironment, cancer cachexia, and novel therapeutics and how they relate to pancreatic cancer health equity. “When you see the numbers, the disparity in recruitment is just so stark.”

Lack of diversity in clinical trials is often attributed to reluctance to participate due to historic wrongs, such as the infamous 1932 USPHS Syphilis Study at Tuskegee that left Black men untreated for many years to study the long-term impact of syphilis. But research has shown that Black patients are just as willing as White patients to be part of a clinical trial, Herremans says. Plus, Black patients get pancreatic cancer more often, are diagnosed at younger ages, and die sooner, she adds.

Which, of course, begs the question: Why then is there such underrepresentation?

The research team is currently in the process of trying to answer that question. “It’s clearly multifactorial,” Herremans explains. “But one reason may be due to the fact there are so few Black or Hispanic oncologists, for example, which can influence referral patterns.”

Other troubling reasons for the lack of minority enrollment may be due to systemic racism, provider biases that interfere with recruitment as well as study inclusion criteria. Those biases can create impediments to enrollment, such as turning away patients with obesity and diabetes, which are more prevalent in minority populations.

“As doctors who deal with cancer patients every day, we need to start looking at ourselves,” says Trevino. “I’m a surgeon. Dr. Herremans is a surgeon. If something goes wrong in the operating room the first person we look at is ourselves and ask what did we do wrong? We don’t blame the tools or the system because we can’t exclude the possibility that we made a mistake.

“So when you think of it that way, we need to ask ourselves why is the accrual so poor?”

Because of higher rates of diabetes and heart disease among minority patients, they often don’t meet eligibility requirements for trials, Trevino explains. “Many trials are designed for the healthiest of pancreatic cancer patients. That’s going to immediately exclude many minority participants and that just doesn’t make sense.”

Both Trevino and Herremans admit some of the questions they will ask as their research progresses may be uncomfortable. “We’re going to be asking tough questions, and venture into areas that people have stayed away from, and then hopefully find ways to better meet the needs of all cancer patients,” Trevino says. “That’s the way that change occurs.”

Clinical trials are the foundation of approval for any new cancer chemotherapeutic agent. Without demographic diversity among those who participate in trials, researchers won’t have a clear understanding of how the drug may work in different populations.

Numerous variables, including age, sex, and ethnicity, among others, can influence how an individual may react to a drug. For example, a 2014 study published in the journal Clinical Pharmacology & Therapeutics found marked differences as to how different ethnicities reacted to about 20 percent of drugs approved from 2008 to 2013.

That’s because tumor biology plays a role. “What we do know is that patients with African ancestry have different rates of both somatic and germline mutations when compared to other subgroups,” Herremans explains. “They are going to respond differently to therapies.

“I’m completing a precision medicine fellowship right now, and the bulk of the subject matter is how patient biology impacts therapeutics. Everyone is unique. Patients of different ancestries may metabolize things differently based on enzymes. So there has to be adequate representation of different races and ethnicities in clinical trials because without that we just don’t know how that particular drug is going to act in all patients.”

Both researchers are hopeful there will be change sooner rather than later. “There are regulations that are supposed to help with this problem, and everyone is talking about the issue. I think it’s just time that we all just need to work together, move forward, and make changes that need to be made,” Herremans notes.

Precision medicine will also be a game-changer. “I am Mexican, but that means I’m probably a mix of Portuguese, Spanish, and Indigenous American ancestry,” says Trevino. “We’re all a mix of something. Ideally, we will get to the day when therapies are based on individual patient genomics. We’re not quite there yet, but when we are it will be a beautiful day.”

The term cancer disparities refers to differences in cancer outcomes across population groups. NCI-supported research is leading to greater knowledge of the factors that drive cancer disparities and methods to address them. As recognition of cancer health disparities has grown, so have efforts to move beyond simply documenting the problem toward understanding all of its causes and developing and testing interventions to remedy it. Studies suggest that the differences observed in cancer incidence and mortality between various population groups are the result of a complex interplay of genetic, environmental, and social factors. 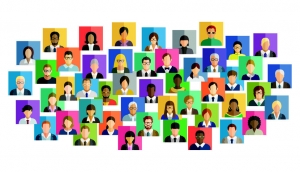 Although cancer incidence and mortality overall are declining in the United States, certain groups continue to be at increased risk of developing or dying from particular cancers. Credit: iStock

Cancer affects all population groups in the United States, but due to social, environmental, and economic disadvantages, certain groups bear a disproportionate burden of cancer compared with other groups.

Cancer disparities can also be seen when outcomes are improving overall but the improvements are not seen in some groups relative to other groups.

Cancer Disparities was originally published by the National Cancer Institute.

Understandably, many who are diagnosed with cancer are overwhelmed with fear for their health and for what the future may hold.  However, understanding the fears around cancer research studies can help bring modern treatment approaches to high-need, high-risk groups in their own communities. In this short video, Raymond U. Osarogiagbon, M.D, principal investigator of the Baptist Memorial Health Care/Mid-South Minority Underserved NCORP, tells about reaching out and taking the time to help one cancer patient and her family understand why a clinical trial might be the best care option.  Find more information about cancer clinical trials in your community HERE.

The NCI Community Oncology Research Program (NCORP) is a national network that brings cancer clinical trials and care delivery studies to people in their own communities.  NCORP is comprised of 7 research bases and 46 community sites, of which SCOR is one. SCOR has affiliated hospitals and clinics located in 6 states across the Southeast – Florida, Georgia, North Carolina, South Carolina, Tennessee and Virginia.  In this short video, researchers in the NCI Community Oncology Research Program (NCORP) describe this national network and how it brings clinical trials to diverse populations in their own communities.